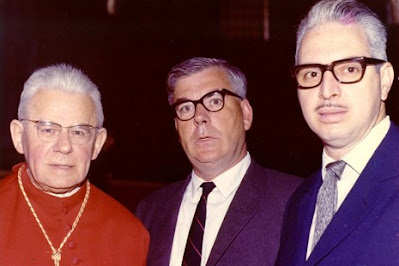 Cardijn with Patrick Keegan and Bartolo Perez, both lay auditors at Vatican II

Vatican 2 + 50 was a three year program from 2012-2015 organised by the Cardijn Community International to commemorate the forthcoming 50th anniversary of the holding of the Second Vatican Council of the Catholic Church from 1962-65.

A conference on the theme "Vatican 2 + 50: A Cardijn Perspective" was held at the Communication for Asia Foundation Center, Manila from 11-14 October 2012.

The aim of the conference was to launch a three year project by CCI to study the spirit and teachings of Vatican II and their implementation, particularly in relating to Catholic social teaching and the lay apostolate.

This was done from the perspective of the spirituality and methodology of the late Cardinal Joseph Cardijn, founder of the Young Christian Workers (YCW) movement as well as a Council Father at Vatican II.

This program followed our Vatican 2 + 40 program organised in 2002 on the theme Vatican II in the age of globalisation.

"O Holy Spirit, renew your wonders in this our day, as by a new Pentecost," was the prayer for the Council proposed by Pope John.

One concrete outcome of the conference was the launch by the Archdiocese of Malines-Brussels in Belgium of the process to canonise.

"Vatican II has accomplished a work that history will judge as the most gigantic in the long history of the Church" - Joseph Cardijn cited in John K. Jessup, New currents swirling around Peter's rock, Life Magazine, 17 December 1965. 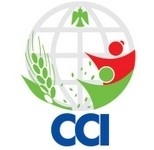